It goes without saying that every child should be treated with justice, humanity, and dignity.

Recent reports of the inhumane conditions in child detention facilities at the southern border of the United States have exposed widespread child neglect and mistreatment.  Immigrant rights lawyers who conducted numerous interviews with children inside Border Patrol stations have described the inhumane conditions as a human rights violation and ‘public health emergency.’ There is evidence of unsanitary conditions, insufficient nutrition, lack of basic toiletries and blankets, and denied, delayed, and inadequate medical care. Tragically, the ACLU has reported that at least seven children have died in custody or after being detained.

In celebration of Mental Health Awareness Month, residents came together this May to form a mental health awareness committee and design a month-long campaign to destigmatize and uplift stories of mental health and connect families to resources. The committee also used the month as a spark for igniting sustainable, community-led strategies in supporting mental health.

Investing In the Village, Investing in People

At the April Breastfeeding Coalition meeting, Lifting Up Local Leadership in Black Maternal Health, participants were asked what actions they were moved to take as a result of the meeting. Community Champion She-Tara Smith shared, “Vital Village invests people and that is something I want to do more.”

One way that Vital Village and community partners invest in Boston residents is through our Service Learning and Leadership Model where residents can gain knowledge and build skills in their fields of interest.

Welcome to In the Arena with NOW

Change can begin with anyone, but it is especially powerful when it is designed and led by the people who will be most affected by it. The In the Arena with NOW podcast seeks to celebrate and share the stories of these leaders.

Black History Month: A Time to Continue Supporting, Loving and Collaborating with Each Other

“Give light and people will find the way.” – Ella Baker 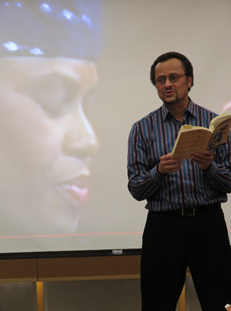 Every year Black History Month presents us with a 28 day window of opportunities to further emphasize and engage in conversations about diversity, collaboration, and inclusion. Beyond a single month, those values have moved from a concept to an expectation through everyday practices and culture of Vital Village. Black History Month also provides us with an opportunity to take stock of the condition and progress of Black people and other minority populations. Through mindfulness and collaboration we can celebrate the achievements and contributions of so many. Diversity without collaboration and inclusive decision making is problematic and doesn’t provide the same impact as distributing power and encouraging input of all members involved.